Shane Warne : 40+ Lesser Known Facts About Shane Warne which everyone wants to know. These facts has been collected from various sources

Shane Warne was the first player to break the 600 and 700 wickets in International Test cricket history.

Fact-2 Ball of the Century

Shane Warne has produced a a spectacular delivery that
bowled Gatting out in HD VS Strauss England ( 1993). It was labelled as the ‘Ball of the Century’. The ball was a giant leg-break – which drifted away to leg and then ripped back to crash into Mike Gatting’s off-bail.

On that day Richie Benaud, who was doing the television commentary of that match He said after witnessing this ball: ‘Gatting has absolutely no idea what has happened to him and he still doesn’t know.’

Shane’s first introduction to serious cricket was one of Kerry Packer’s World Series Cup one day matches at VFL Park and The first Test was the 1982 in Ashes which Australia lost to England by 3 runs.

The Australian Leg spinner played his first ever test match in February 1992 at Sydney. Tis test match was against India and the ground was Sydney cricket ground. Warne weighed 97 kgs in this match, It is too much for a bowler. In his debut test match, Ravi Shastri and young Sachin Tendulkar showed him that the test cricket was not child’s play. He could take only single wicket at the expense of 150 runs. It has become too expensive for Australian cricket team. Warne got the last laugh in this battle when he finally dismissed Shastri after his marathon knock of 206 which was Shane Warne first test wicket.

The year 1993 was a successful year for Shane Warne. He had two successful tours of New Zealand and England and took 71 wickets . The then, It was a record by any spin bowler in a calendar year .

He collected 12 wickets in the 1996 World Cup, including a match winning 4-36 in the semi-final against West Indies. Australia though went on to loose the finals to Sri Lanka.

In 1998 Warne faced controversy when it was revealed that he and fellow Australian cricketer
Mark Waugh had taken bribes from an Indian bookmaker four years earlier. The pair claimed
they gave only pitch information and weather forecasts. Australian Cricket Board secretly fined both of them for divulging information about an upcoming match.

Fact-9 Highest ever wicket taker of Australia in 2000

On New Zealand tour in 2000 he became Australia’s highest ever wicket taker in Tests, eclipsing his hero, Dennis Lillie’s benchmark of 355.

Controversies and Shane Warne were simply inseparable. When Warne was playing for Hampshire in 2000, reports emerged that he had sent lewd text messages to an English nurse.

In February 2003 Warne encountered further controversy when he was sent home from the World Cup in South Africa after a drug test revealed the presence of a banned diuretic; he subsequently received a 12-month ban.

In year 2004, He made a comeback to international cricket in February. In an engaging spin battle with Muralitharan, at home Warne took 26 wickets in 3 matches, against the Lankan’s including 5-wickets in each innings of the first and second Tests.

He was named Wisden Leading Cricketer in the World for the year 2004 in 2005 Wisden Cricketers’ Almanack along with Sir Don Bradman, Sir Viv Richards, Sir Garfield Sobers and Sir Jack Hobbs.

In year 2007 Australia reclaimed the Ashes series of 2006-07, which was his ultimate goal. After that he took retirement from International cricket. He ended his Test career with 708 wickets.

First IPL winning Teams Coach : Warne’s most notable T20 achievement was leading Rajasthan Royals to the title in the inaugural edition of the Indian Premier League. His aggressive captaincy and impeccable man management skills were striking, so much so that experts reckoned Warne was Australia’s greatest captain that never was.

Commentary Box: After retirement from all forms of competitive cricket, Warne made a seamless transition into the commentary box. He is widely regarded for his honest, perceptive and fearless views. His books, ‘Shane Warne: My Own Story’ and ‘Warne: The Official Illustrated Career’, were both highly successful ventures.

Since retirement, Warne has been working for the Shane Warne Foundation which assists
seriously ill and underprivileged children.

Fact-24 Paid by board to quit smoking.

Was once paid by his board to quit smoking, he was a chain smoker who found it difficult to stay without a cigarette

Nick Names: Due to his spectacular cricketing career and betting connections, he was given many
nicknames “Warnie”, “Hollywood” or “Baron of Baked Beans”, depending upon the occasion.

Shane had many highlights in his career but one of the prominent highlights of his career was when he lead the Rajasthan Royals to the title in the inaugural edition of the Indian Premier League.

He is widely regarded for his honest, perceptive, and fearless views. His books, ‘Shane Warne: My Own Story’ and ‘Warne: The Official Illustrated Career’, were both highly successful ventures.

It was at the Institute that Damien Martynand Justin Langer came across Warne for the first time. He was an overweight youth sitting by himself, tucking into a family-sized pizza and guzzling down a can of Victoria Bitter.

At the Academy, Jack Potter, one of the managers of the cricket programme, taught him the fiendishly
difficult skill of the flipper.

Fact-30 “Don’t worry mate, you will be able to see the replay again in a couple of minutes.”

Once at Trent Bridge Robert Croft hit him for six and was watching the replay on the giant screen.
Warne told him, “Don’t worry mate, you will be able to see the replay again in a couple of minutes.”
He was right.

Tendulkar scored 1209 against Australia in 12 Tests while Warne bowled at him, at an average of 60.45 with five hundred. Brian Lara played eight more Tests against Warne, scored 1837 at 54.02 with the same .number of centuries. Kevin Pietersen scored 963 at 53.50 in 10 Tests with two identical scores of 158.No other batsmen came remotely close to matching their feats. Warne prevailed over almost all his opponents.

Once Sourav Ganguly let patted near half-volleys defensively. Warne walked up to him, pointed at Sachin Tendulkar at the other end and said, “People have come here to watch that man play his strokes, not to see you block.” Soon, Ganguly stepped out, misread a ball horribly and was sprawling on the ground as he was stumped.

Before India’s match against England in the 2011 World Cup, Warne tweeted – “My prediction, a tie.” When it was a tie, theFox Sports headline ran, “Genius or Match-fixer?”

For a long time Adam Gilchrist and Shane Warne never really got along. In the heat of the battle it couldn’t be picked, they buried their differences for the sake of the team. But beyond the boundary things weren’t good between them. It actually began in the ‘Pura Cup’ game between Victoria and Western Australia in the late 1990s when Warne mercilessly sledged Gilchrist when he was batting.

Fact-35 In the Honour of Shane Warne

In the honour: In 2007, Cricket Australia and Sri Lanka Cricket decided to name the Australia- Sri Lanka Test cricket series, as the “Warne-Muralidaran Trophy” in honour of Shane Warne and Muttiah Muralidaran.

Fact-36 Quotes from his book

From his book: One of the famous quotes of Warne was: “Part of the art of bowling spin is to make the batsman think something special is happening when it is not.” His mystery deliveries, always discovered before Ashes series, were often figments of his imagination which preyed on the batsmen’s minds.

He played his last test match against England in 2007.

In August 2021, Warne contracted Covid 19 positive and kept on ventilator. Later he was recovered and written a note “I had a thumping headache and I had one day where I had the shivers, but sweating, like when you have the flu.” He also stated that Australians would have to “learn to live” with the virus.

Watch Some Best of Shane Warne:

You can watch : Shane Warne’s 50 best wickets on home soil

You can watch : Warne farewells the MCG with a five-fa

You can watch : Cummins pays tribute to ‘The King’, Shane Warne

You can watch : Warne’s four turns Adelaide on its head

You can watch: Through the gate! The best of Warne’s flipper

You can watch: Young Warne has Pakistan in a spin

You can watch: Warne’s World: The ball that changed my life

Ans. He has many girlfriends including Elizabeth Herley to whom he has engaged also. 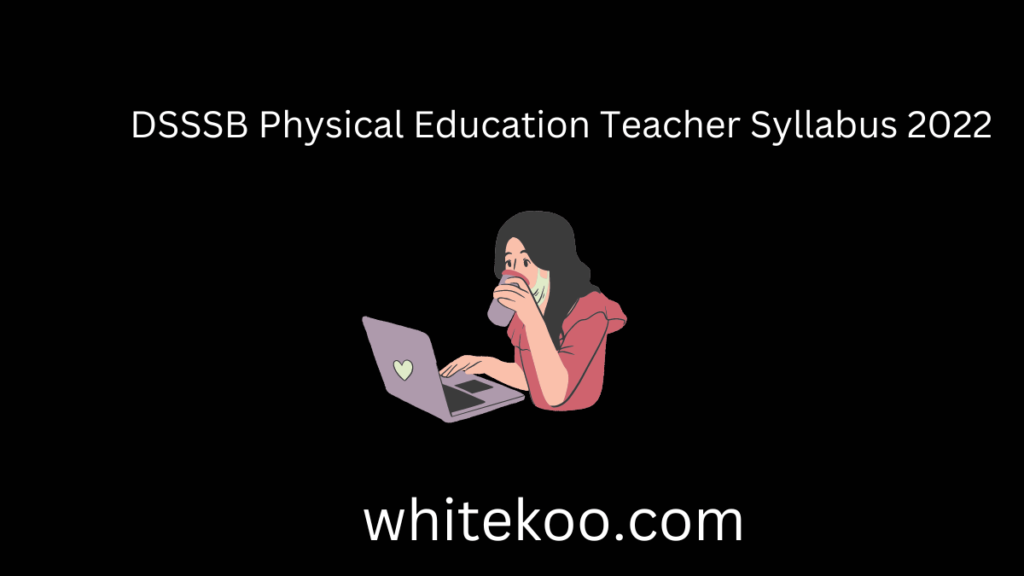 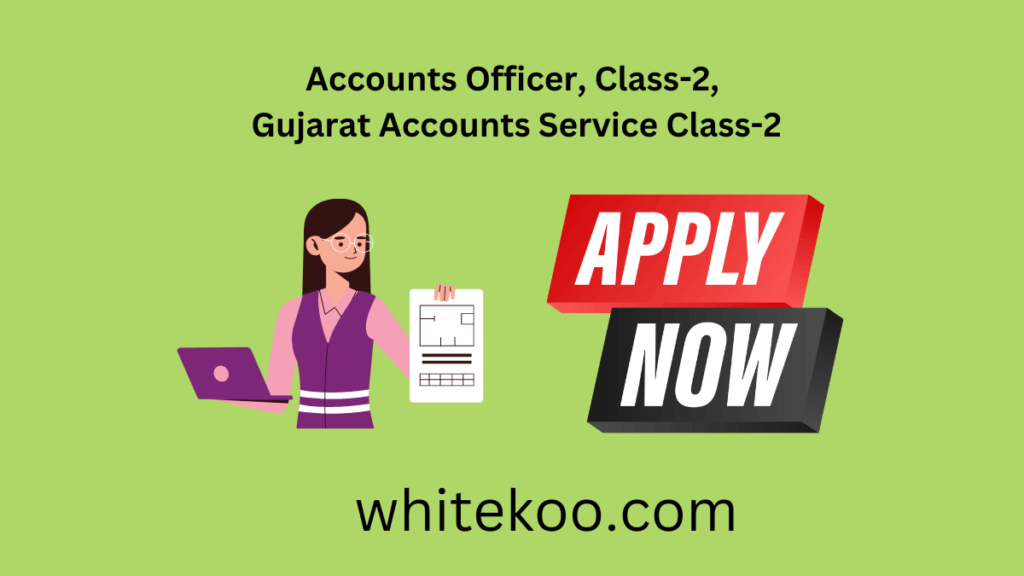